9 Ways You May Be Taking Yourself Out of the Game 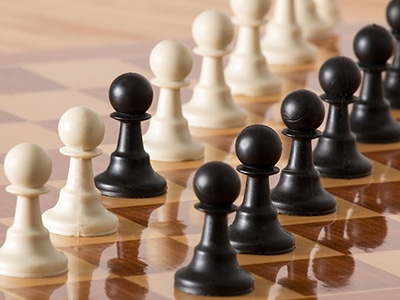 We as women often undercut, minimize and shortchange ourselves.

What the heck? Are we still doing this? Really?

Don’t you wish we could stop this crap once and for all and step into our full power without apologizing or bing afraid. I’ve given this a lot of thought and here are 9 things you can stop doing ASAP to claim your power and take your seat. Using minimizing language.

Women use words that minimize their own impact. Like ‘just.’ ‘Let me just tell you something.’ ‘I just wanted to stop you for a minute.'” That simple word sends the subtle message that our statements and opinions aren’t that important.

Women are prone to apologizing when there’s no reason to do so. Many women’s voicemail messages begin, “I’m sorry I’m not able to take your call right now.” Even in our voicemail, we apologize!” Cut it out! In what on-going scenario at work, could you stop apologizing?

Women are prone to asking questions when they already know the answers, We don’t want to be too overpowering, and we want to get buy-in up front. So we tend to ask permission to say something when there’s absolutely no need. Do you have a habit of asking a question in order to break the ice to enter an important conversation?

Waiting until we’re experts before taking on a new role.

Often when offered an opportunity, women will feel like they need to be fully skilled before taking it on, while a man given the same opportunity will say, ‘It’s about time they picked me!’ Men will say, ‘I’ll take the job and figure it out when I get there.’

Age doesn’t seem to make a difference. I just talked to two 20-year-olds, one man, one woman, both unhappy in their jobs. The woman says she wants to get a new job but doesn’t know what else she can really do. The man says, it’s no problem; he’ll just get another job because he’s so marketable. Is there some role or job that you’ve had your eye on that you might be holding yourself back because you think you are not ready?

You have to be really clear about what you want. Do you want a promotion or a job change? Funding for your new company? Do you want to write a book or be a keynote speaker? Being clear allows you to set priorities and boundaries. You’re going to have to make big asks. If you’re wishy-washy about what you’re going after, everyone else will be too. Declare one clear goal and tell someone else to see if you have said it with certainty.

Only setting goals we know how to reach.

Don’t be stopped from setting a goal because you don’t know how to get there. No one knows exactly how when they start out setting a goal where they’re stretching themselves.

Years ago, I found myself declaring during a workshop that I wanted to have my own television show. As soon as I said it, I thought, ‘I have no idea how to do that. What a stupid goal.’ But a woman in the audience came up to me and told me she was being interviewed by a cable show next week, and invited me to come along and observe. I decided this was a good way to see what it was all about. I believe you can head toward a big goal one baby step at a time. In fact, it may be better that way, as you’ll avoid setting off your own fight-or-flight response. Eventually I wound up with my own cable program, which ran locally for three years had 2.5 million viewers. And then I was on NBC. Who knew? Could you be holding yourself back in some area because you don’t know how you are going to pull it off? My coach told me this morning; everyone who is on the leading edge figures it out as they go along.

Once I had done the cable show for three years, I felt done with cable. My next stretch goal was to get on local affiliates of ABC or NBC. So when a woman invited me to do a cable TV series with her, I declined. Create some non-negotiable boundaries so you can say yes to things that lead you toward your goals and no to things that would distract you. What is something you need to say no to?

Worrying too much about relationships.

That “no” on the cable series was harder than it should have been. I was really clear that it was a no for me but I think the woman was surprised and not too happy. I noticed I cared more about hurting our relationship by saying no–even though I didn’t even know her. Is there a relationship you are worried about rocking the boat but in truth, it is blocking you from moving forward?

Failing to build a personal brand.

A strong personal brand will help you get what you want whether you’re working in a company or running one of your own. The first way to start to develop a personal brand is to deepen your own self-awareness. What makes you stand out positively from other people? What is your superpower? A personal brand is an asset that defines the best things about you. It’s the impression people have of you, and the impression you want them to have. What is one step you could take this week to help you towards developing your personal brand?