Women often unknowingly sabotage or minimize themselves, their voices, and their power. Feminine leadership is on the rise, and I believe we are on the brink of a world altering phenomenon so enormous, women must get better prepared to step into their A-Game and stop the behaviors that minimize their contributions, play down their accomplishments, and sabotage their careers. Here are the top 12 mistakes professional women make and my suggestions to change these behaviors to claim the full measure of our power in the business world.

Women use words that minimize their own impact. Like the words ‘just’, ‘sort of’, ‘maybe’, and ‘kind of’ are some examples. How often do you say, I just wanted to tell you something. I just wanted to stop you for a minute That simple word sends the subtle message that our statements and opinions aren’t all that important.

There are other belittling words women are prone to using. I’m feeling ‘a little bit’ concerned about something. I doubt you’re really feeling just a little bit concerned or you probably wouldn’t have brought it up in the first place. Instead, say you are feeling concerned and don’t couch your words with unnecessary extra minimizing words. Speaking powerfully is one of the best things you can do for yourself.

Women in business are prone to apologizing when there’s no reason to do so. Many women’s voicemail messages begin, ‘I’m sorry I’m not able to take your call right now.’ Even in our voicemail, we apologize!  Of course, apologize if you have made a mistake, otherwise, cut it out of your everyday vernacular. To check to see if this applies to you, start counting how many times in one day you say the word, ‘sorry’. The act of counting will help you become aware and reduce the occurrences.

Women are prone to asking questions when they already know the answers. We don’t want to be too overpowering, and we want to get buy-in up front so we often ask permission to say something when there’s absolutely no need to do so.

Mistake #4: Waiting until we’re experts before taking on a new role.

Often when offered an opportunity, women will feel like they need to be fully skilled before taking it on, while a man given the same opportunity will say, ‘It’s about time they selected me! Men will say, ‘I’ll take the job and figure it out when I get there.’ Women say, “I’m not ready yet.”

Age doesn’t seem to make a difference. I just spoke to two 30-year-olds, one man, one woman, both unhappy in their jobs. The woman says she wants to get a new job but doesn’t know what else she can really do unless she looks for a similar job in the same type of industry. The man says, it’s no problem, he’ll have no trouble getting another job because he’s so marketable.

Mistake #5: Focusing on cooperation rather than competition.

Yes, there are a thousand business articles that tell us collaboration is the more effective approach. The problem with that? “It’s not the structure of Corporate America. This may not be PC to say but, Corporate America has a hierarchical structure that is not set up for collaboration to work effectively in the long-term because the way to success is still to climb the ladder.

A lot of women I’ve been exposed to spend too much time thinking about whether we’re doing it right. “Will I be a threat to my husband if I surpass his income? Will people think I’m a bad mother because I’m working so hard or running my own business? Will I lose my friends if I upset the balance of power or popularity? And who am I, anyway to try and move out of the box of what others expect of me?”

You have to be really clear about what you want. Do you want a promotion or a job change? Funding for your new company? Do you want to write a book or be a keynote speaker? You have to be very clear about your desires and commitments so that you can set priorities and boundaries. You’re going to have to make big asks. If you’re wishy-washy about what you’re going after, everyone else will be too and they won’t be able to help you most effectively.

Mistake #8: Only setting goals we know how to reach.

Don’t be stopped from setting a goal because you don’t know how to get there. No one know exactly how to get to any big goal in the beginning especially where they’re stretching themselves. Dream big and figure it out as you go along taking one easy, non-frightening step at a time.

Years ago, I found myself declaring during a workshop that I wanted to have my own television show. As soon as I said it, I thought, ‘I have no idea how to do that. That was a stupid goal.’ But a woman in the audience came up to me afterward, and told me she was being interviewed by a cable show the following week, and invited me to come along and observe. I decided this was a good way to get my feet wet with very little to no risk. You can head toward a big goal one baby step at a time. In fact, it may be better that way–you’ll avoid setting off your own fight-or-flight response.

Sure enough, I eventually wound up with my own cable program which ran locally for three years and I had 2.5 million viewers. Not bad, considering I had absolutely no idea how I was going to accomplish this goal when I first set it. 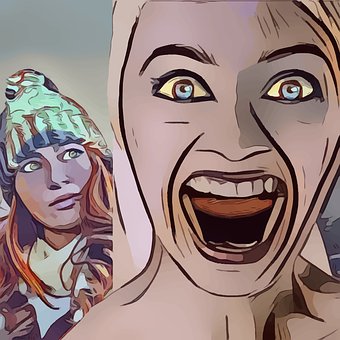 Once I had done the show for three years, I felt I was done with cable TV. My next stretch goal was a PBS special. So, when a woman got in touch and invited me to do a cable TV series, I said no because it wasn’t in line with where I was headed. Create some non-negotiable boundaries for yourself so you can say yes to things that lead you toward your goals and no to things that would distract you.

Mistake #10: Worrying too much about relationships.

That “no” on the cable series was harder than it should have been. I was really clear that it was a ‘no’ for me, but I think the woman on the other end of the phone was surprised and a tad annoyed sounding. I felt uncomfortable when she sounded annoyed because even though I didn’t know her, I worried I was hurting her feelings and maybe ruining any chance at a further relationship together. I stuck to my guns and declined her generous offer.

Mistake #11: Getting too hung up on details.

Women tend to pay too much attention to little details for too long, versus seeing the bigger picture. This can make it hard to delegate and therefore prevents them from having the freedom to take on the next challenge. I have a client who’s been focusing on details for years and now realizes that she’s pigeonholed herself in a role she doesn’t want, rather than planning and preparing for the role she wanted next.

A strong personal brand will help you get what you want whether you’re working in a company or running one of your own. The way to develop a personal brand is to deepen your own self-awareness. “What makes you stand out positively from other people?”

A personal brand is an asset that defines the best things about you. It’s the impression people have of you, and the impression you want them to have. Spend the time defining what you want to be most known for and align all that you do around it.

If we as women work on these, we can elevate our confidence and personal power. Get some training. Develop a strong female support network. Learn some more about women and their leadership.  Harvard Business Review just did some research that showed that that women in leadership positions were perceived as being every bit as effective as men. In fact, while the differences were not huge, women scored at a statistically significantly higher level than men on the vast majority of leadership competencies we measured. So, let’ start believing in ourselves and work on diminishing the common mistakes professional women often make.